2001 Centenary of the Army One Dollar Silver Proof Coin 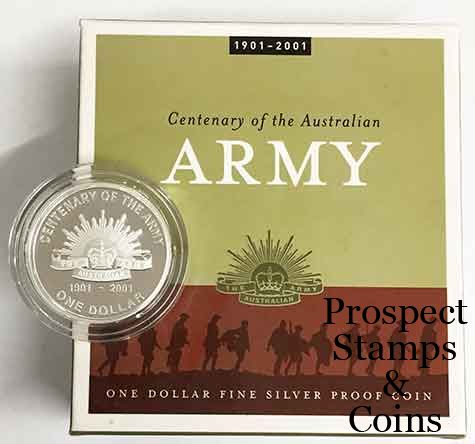 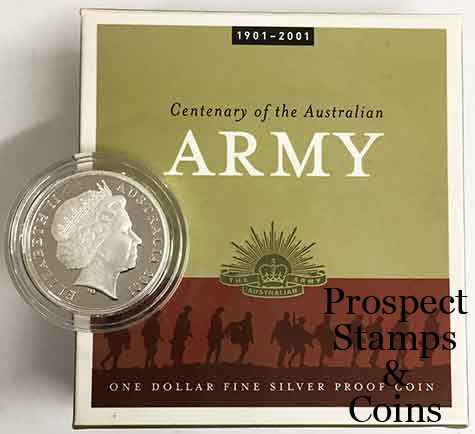 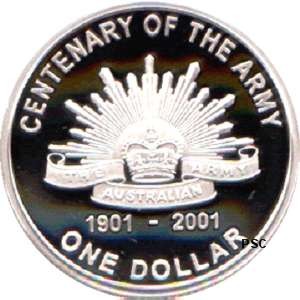 In 1901 just after Federation the new Government's first action was to unite the existing colonial troops into a single force. In 2001 we celebrate the Centenary of the Army with this $1 Silver Proof Coin released by the Royal Australian Mint. This coin is being minted in memory of those who have given their lives in the past and those who still serve for our country today. The $1 Fine silver proof coin displays the Army crest, also referred to as the "rising sun" crest.