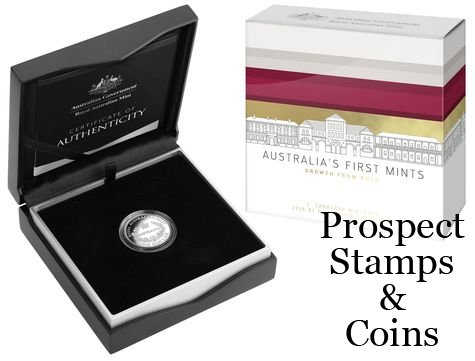 Throughout the 19th century, Australian currency was an assortment of foreign coins, promissory notes and rum trades. The gold rush of this era became a pivotal period for Australian society, helping to develop both a form of currency and a unique identity.

The first factory to utilise this gold was the Adelaide Assay Office (established in 1852), which in its short life produced gold ingots and Australia’s first gold coin, the Adelaide Pound. As England did not authorise the use of the pound, it soon faded into obscurity and official branches of the Royal Mint opened in Sydney (1855), Melbourne (1872) and Perth (1899). These mints produced sovereigns and other pre-decimal coins until the Royal Australian Mint opened in 1965 and became the country’s sole producer of circulating coins.

One of the most visible legacies of these mints was the single-letter mintmarks, which showed astute collectors the birthplace of their coins.

Packaged in an attractive presentation case with outer box

Only 5,000 coins being produced by the Royal Australian Mint