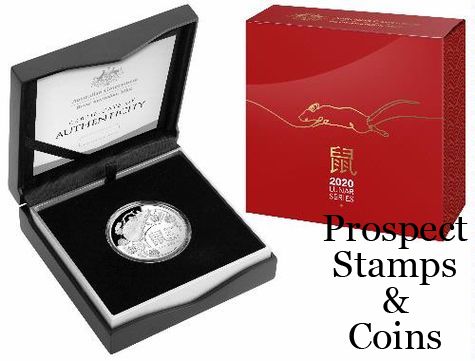 The five dollar Domed coin celebrates the 2020 Year of the Rat in the Chinese Lunar calendar, featuring a magnificent obverse design of the twelve-year lunar calendar wheel.

The Rat is the first sign of the twelve-year lunar calendar; this reflects the traditional story of how the Jade Emperor had the twelve animals of the zodiac race across a river to decide what order they would go in. The clever Rat hitched a ride on the strong Ox and managed to come first.

People born under the sign of the Rat are also considered to be clever, quick-witted and resourceful.

The coin design has a clever rat surrounded by auspicious lychee.

The coin is presented in a display case with a red outer box.

Comes with a certificate of Authenticity.