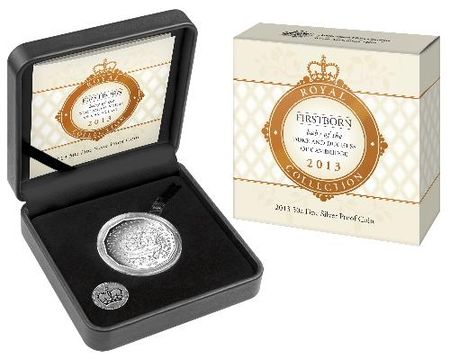 It has been 120 years since a sitting British monarch has been alive for the birth of a great-grandchild. Prince George of Cambridge now becomes third in line to the throne behind The Duke of Cambridge and his father after the sixteen countries of the Commonwealth this year voted to change the rules of succession and allow a female heir.

In celebration of the birth of Prince George Alexander Louis, born on Monday 22 July 2013 at 4.24 pm London time, the Royal Australian Mint has released this beautifully designed coin in fine silver.
‘HRH Prince George Born 22.07.2013’ appears under the initials of his parents, set in the latest branch of the Royal Family tree.