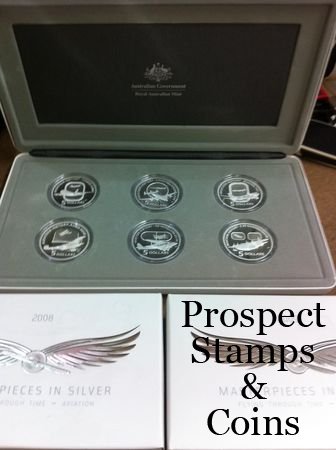 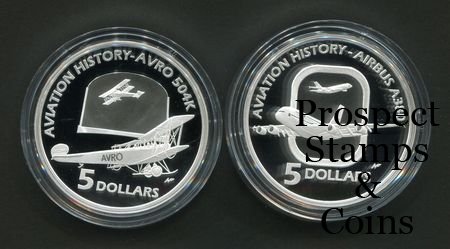 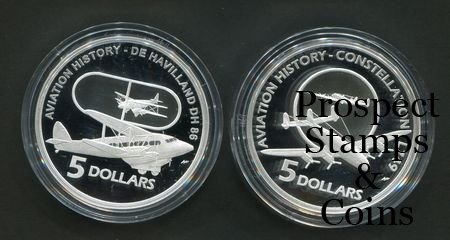 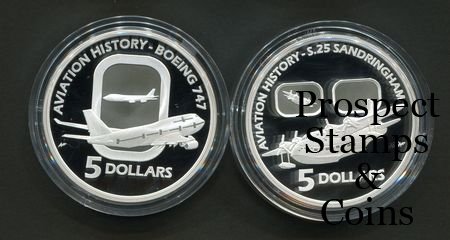 The Masterpieces in Silver series was produced from 1988 to 2011 by the Royal Australian Mint. This long running coin series was dedicated to Australian themes and events that have shaped Australia as a nation - Flying through time Aviation

The 2008 - 2010 Masterpieces in Silver - Proof sterling six coin set celebrates the proud history and significant contribution to the origins and development of Australian aviation. This set was produced over three years: Two coins per year in 2008, 2009 and 2010