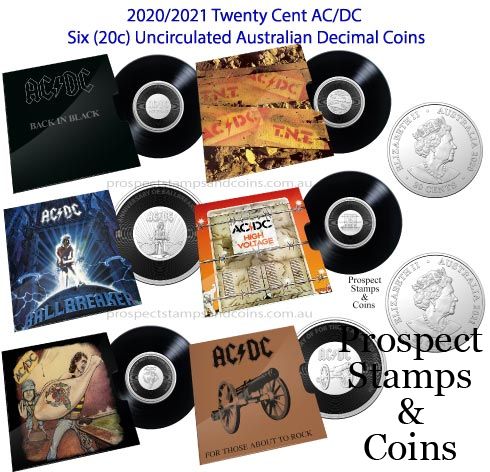 This is the Six (6) Twenty Cent coins only.

Note: This is a set of six (6) AC/DC coins on the display cards - NO case is supplied with this set