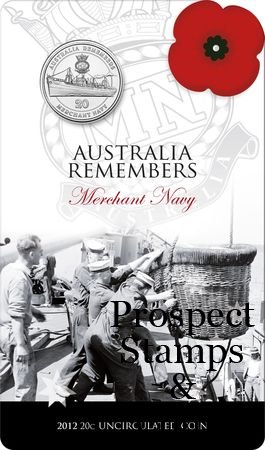 The Australia Remembers series recognises those who made history beyond the battlefields.
In 2012, it pays tribute to the Australian Merchant Navy who have played an essential role in supporting Australian forces.

Merchant mariners are a country’s lifeline, transporting essential supplies through wartime and peace. During WWII, the Merchant Navy suffered a higher rate of casualties than any of the armed forces. Their courage and commitment has been honoured with memorials and service medals.