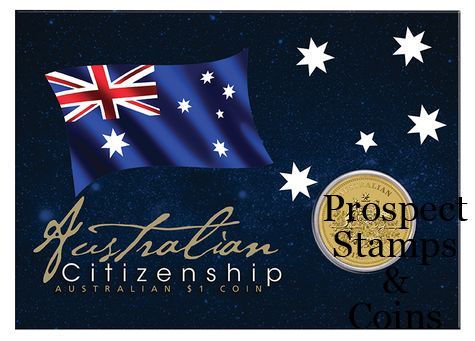 A meaningful keepsake for new Australians, the collectable acknowledges the value such citizens bring to a nation devoted to community, diversity and acceptance.

The coin is housed in a coloured presentation card, which also incorporates a Certificate of Authenticity and features a fold-out stand for upright display