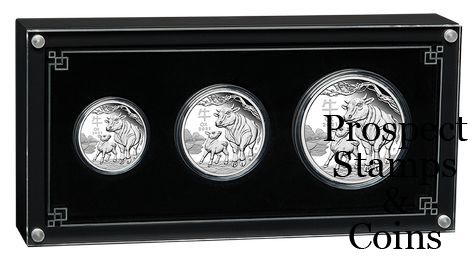 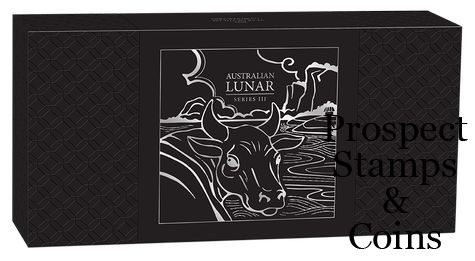 Those born under the sign of the Chinese lunar ox in 2021, 2009, 1997, 1985, 1973 and every 12th preceding year are said to be kind, intelligent, honest and reliable. Admired for their strong work ethic, logical mindset and calm demeanour, they are recognised as great leaders.

Struck from 99.99% pure silver in proof quality, no more than 1,000 three-coin sets, will be released in this packaging.

Each three-coin set is housed in a classic display case with a clear lid decorated with a silver geometric design.

The case is packaged in a beautifully illustrated shipper portraying the story of how the mouse became an animal of the zodiac and is accompanied by a numbered Certificate of Authenticity.