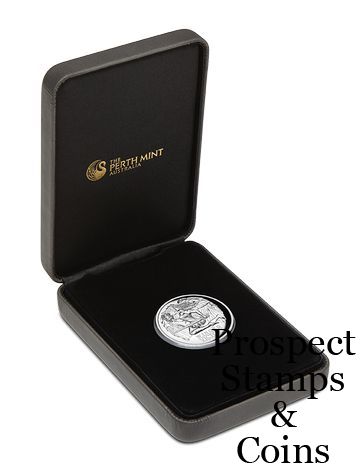 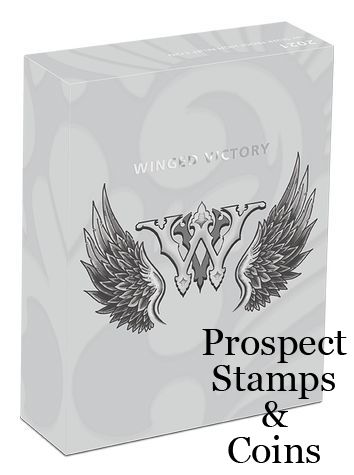 In Greek mythology, Nike was invited to live on Mount Olympus by Zeus, the king of the gods, as a reward for becoming his charioteer during the Titan War. Guiding Zeus’s horses through the battlefields, she is said to have bestowed fame and glory in the form of laurel wreaths on his victorious army.

In Australia, she was the inspiration for Gilbert Doble’s Winged Victory, created for the top of the Marrickville Soldiers’ Memorial unveiled in Sydney after World War I. Having suffered considerably from the elements, the elegant copper statue was restored and permanently transferred to the Australian War Memorial in Canberra in 2013 as an object of national significance.

No more than 3,000 of these coins will be released worldwide.

The Winged Victory coin’s reverse portrays an Art Deco style interpretation of Nike. Her muscular figure, symbolising strength, is seen kneeling as she honours an unseen hero with a victory laurel in the palm of her right hand. She holds a sword in a non-threatening position low on her left side as a gesture of respect. In a magnificent design flourish, Nike’s figure is enveloped in a beautifully symmetrical representation of her feathered wings.

Each coin is housed in a classic grey display case within an illustrated shipper and accompanied by a numbered Certificate of Authenticity.