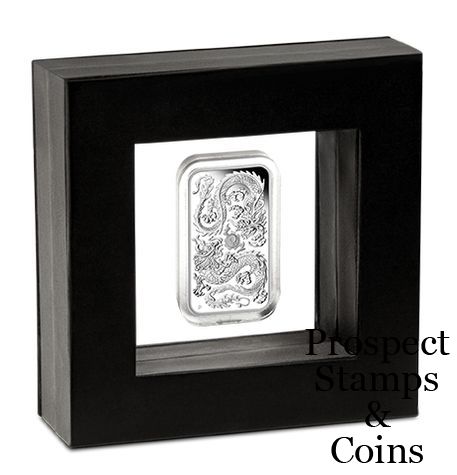 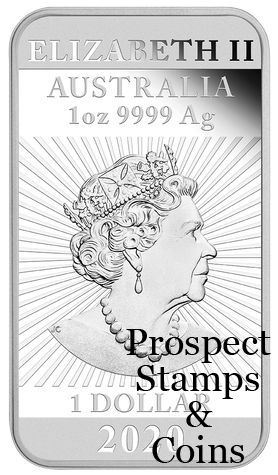 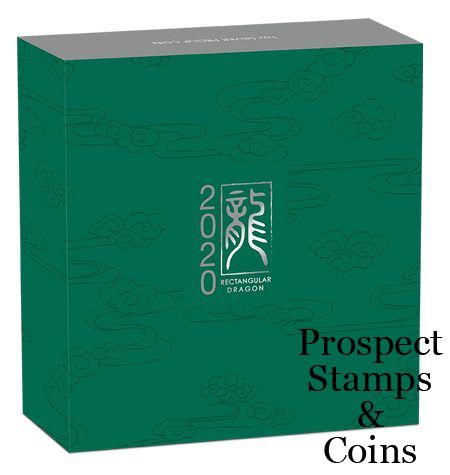 The Perth Mint is excited to release this 1oz silver proof coin featuring the Chinese dragon in a unique rectangular format.

Depicted as serpentine-shaped creatures with large-eyes, horns, fish scales and sharp claws, mythological dragons have been part of Chinese culture for thousands of years. Despite their fearsome appearance, they are considered to be benevolent creatures with divine origins. Said to offer humanity guidance and protection, they symbolised the emperor’s sacred power and are still regarded as powerful omens of good fortune.

The Perth Mint will release no more than 3,888 of the Dragon 2020 1oz Silver Proof Rectangular Coin.

The coin’s reverse depicts two Chinese dragons in pursuit of a mystical flaming pearl, an ancient metaphor for wisdom, enlightenment and truth.

The coin is presented in a contemporary latex case and is accompanied by an illustrated shipper and a numbered Certificate of Authenticity.