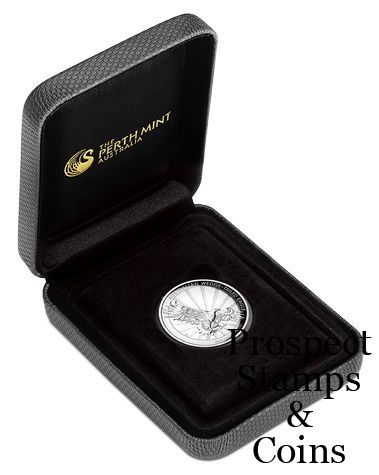 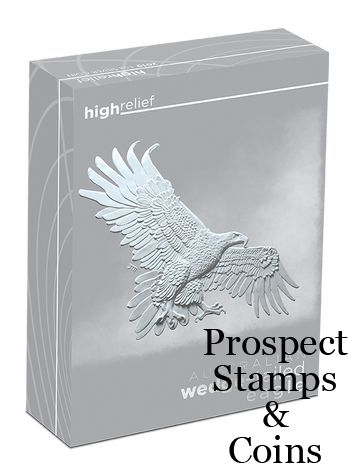 The Wedge-tailed Eagle is Australia’s largest bird of prey and one of the biggest eagles in the world. Found throughout mainland Australia, Tasmania and southern New Guinea, the Wedge-Tailed Eagle has a wingspan of up to 2.7 metres, and displays a long, wedge-shaped tail and feathered legs.

Leading up to their breeding season, pairs of wedge-tailed eagles take part in breathtaking aerobatic displays above their territory. Pairs share responsibility for building a nest and the female bird usually lays two eggs. Initially the male does all the hunting but when the chicks are about 30 days old, the female joins her mate to search for food.

No more than 10,000 of these coins will be released worldwide.

Designed by John Mercanti, the coin’s superb high relief reverse depicts a magnificent wedge-tailed eagle in flight with wings fully extended and stylised rays of sunlight in the background.

This coin is housed in a classic display case within a themed shipper and is accompanied by a numbered Certificate of Authenticity.