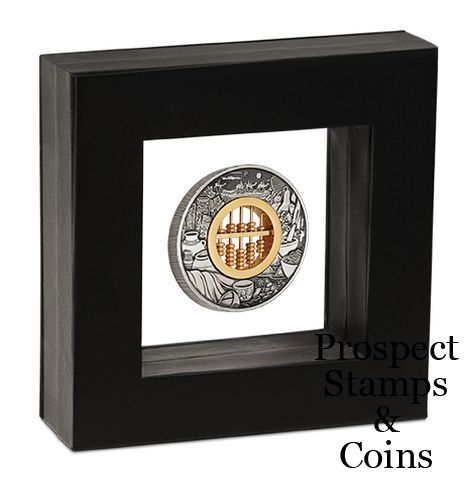 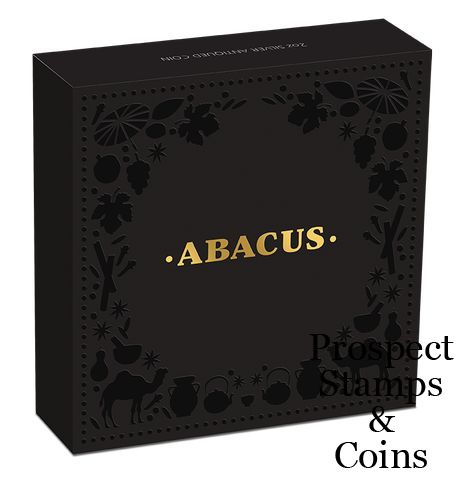 The first known portable calculating tool, the abacus is often associated with the development of an ancient network of trade routes referred to as the Silk Road. Spanning 64,000 kilometres, the vast passage was the first to connect China with the Middle East and Europe.

Merchants traditionally used an abacus to keep an inventory of commodities being bought and sold along the route. Also known as counting boards or frames, these devises were typically made of wood or metal and held rods that were mounted with freely sliding beads for counting large numbers.

Struck by The Perth Mint from 2oz of 99.99% pure silver the coin is issued as legal tender under the authority of the Government of Tuvalu.

No more than 2,500 of the Abacus 2019 2oz Silver Antiqued Coin will be released by The Perth Mint.

Featuring an antiqued finish, the coin is inset with an abacus. The reverse design features depictions of travellers riding camels along the Silk Road. Items that were typically traded such as pottery, textiles, fruit, paper, fragrances, and spices are represented in the foreground

This coin has been individually ‘antiqued’ to give it a unique finish conveying the surface abrasions of an ancient artefact. As a result of this treatment, the appearance of each coin may vary.

The coin is housed in a contemporary latex case which displays both sides of the coin and is accompanied by an illustrated shipper and a numbered Certificate of Authenticity.