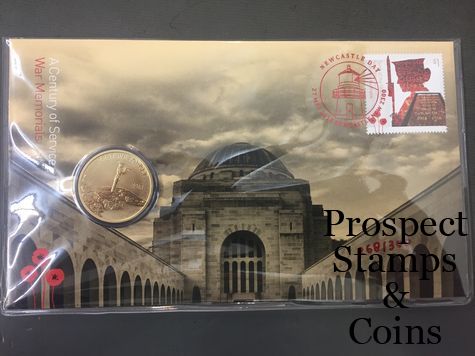 There was a limited number of only 100 covers released each day, with a total of 300 PNC released over the three day show.

The 27th May has the red postmark with Newcastle Day.

Issued as Australian legal tender, the uncirculated aluminium bronze coin is housed in a beautifully designed card with a circular window revealing the coin’s reverse and obverse designs.

The coin’s reverse depicts a soldier in a field of poppies playing the bugle.