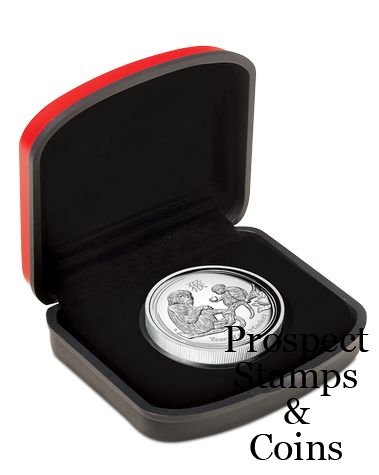 This spectacular silver coin celebrates the ninth animal in the 12-year cycle of the Chinese zodiac.

The reverse of the coin depicts an adult monkey and a baby monkey sitting in a peach tree. The baby is holding a peach, which is symbolic of longevity and immortality.

Each coin is housed in a classic red and black presentation case and themed shipper, accompanied by a numbered Certificate of Authenticity.