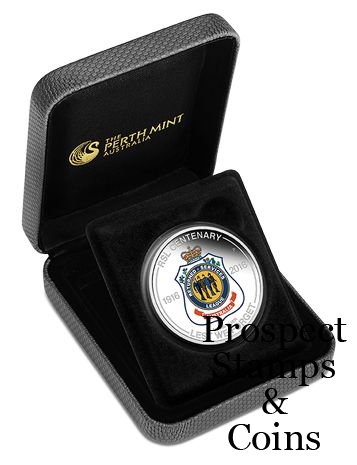 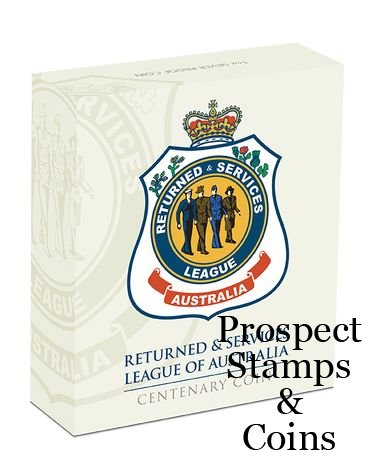 The RSL was founded in Australia in 1916 by returning soldiers from World War I with the aim of continuing to provide the camaraderie, concern, and mateship shown amongst the Australian diggers while they were at war.
The objective of the RSL is to ensure that adequate care, compensation and commemoration is provided to returning servicemen and women, as well as those currently serving in the Australian Defence Force.

The Perth Mint will release no more than 5,000 of the RSL Centenary 2016 1oz Silver Proof Coin.

The coin's designs depict a representation of the RSL badge with the inscriptions RSL CENTENARY LEST WE FORGET and ‘1916 2016’.

The coin is presented in a classic grey presentation case within an illustrated shipper and are accompanied by a numbered Certificate of Authenticity.

*The emblem and logo of the Returned & Services League of Australia Limited (RSL) are owned by the RSL and may only be used with the written consent of the RSL.