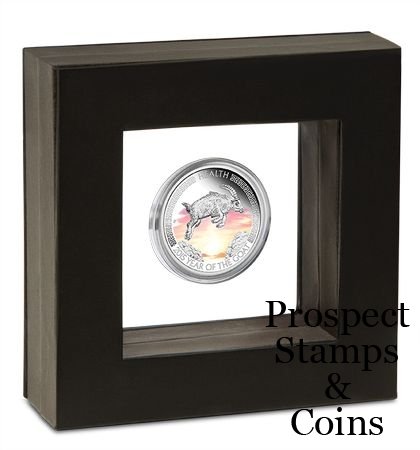 The Sydney ANDA Coin Show Special features a spectacular Year of the Goat tribute, celebrating the ideal of good health in the year to come.

A superb gift or collectable, each coin is meticulously struck by The Perth Mint from 1oz of 99.9% pure silver. Issued as legal tender under the authority of the Government of Tuvalu, no more than 1,500 Sydney ANDA Coin Show Specials will be released worldwide.

The coin’s reverse depicts a coloured representation of a young mountain goat leaping between two cliff tops. The sun is rising in the background, signifying the dawn of a new day and good health.

Accompanied by a numbered Certificate of Authenticity, the coin is housed in a prestigious latex display case and wonderfully illustrated box-shipper featuring the ANDA logo alongside the dates of the Sydney show.