2014 The Land Down Under - Gold Rush 1oz Silver Proof Coin 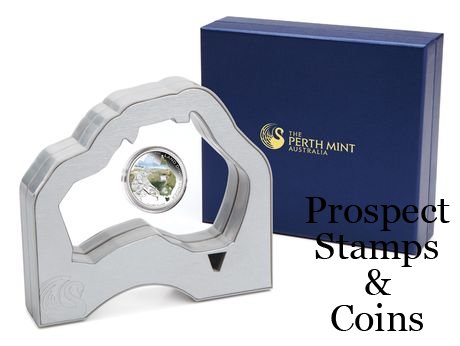 Australia is a continent rich in history and the famed Australian gold rush of 1851 triggered a period of radical transformation for the remote penal colony. The population and the economy boomed at an unprecedented rate, bringing about new towns, cities, trade, cultures and infrastructure, seemingly overnight.

Although there had been isolated reports of gold findings in Australia since the 1820s, it wasn’t until February 1851 when Edward Hammond Hargraves discovered gold in a waterhole near Bathurst, New South Wales, that the frenzied hunt for gold gripped the country.

Despite gold being found across the land, it was the discovery by Patrick Hannan at Kalgoorlie
in 1893 that ultimately resulted in Australia becoming the world’s largest gold producer at the turn of the century, with half of its output mined in Western Australia.

The impact of the gold rush on the nation’s economy, development and population was astounding. It generated financial viability, advances in infrastructure, local legislatures and land policies, while immigrants brought with them new skills, professions and cultural diversity.

Commemorating this important aspect of Australia’s history, The Perth Mint will release no more than 5,000 of The Land Down Under – Gold Rush 1oz Silver Proof Coins

The silver coin’s reverse depicts a prospector panning for gold on the banks of a coloured river scene, framed within the shape of Australia.

Year:
2014
Country:
Australia
Brand/Series:
The Land Down Under Series