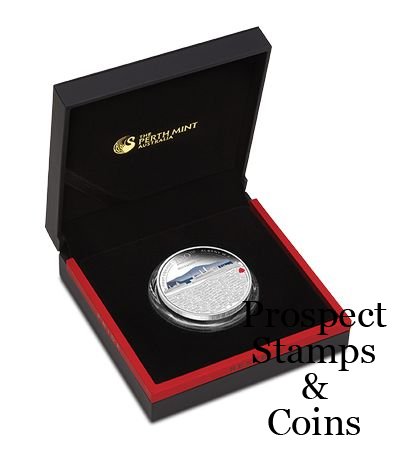 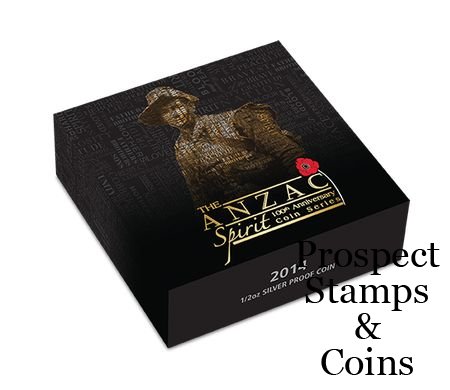 2014 will mark 100 years since the departure of Australia’s first convoy of military ships which carried the Australian Imperial Force (AIF) and the New Zealand Expeditionary Force (NZEF), who would later become known as the ‘Anzacs’, from King George’s Sound at Albany, to join the Allied forces in the northern hemisphere.

The convoy set sail on 1 November 1914, carrying troops from New Zealand and most of the Australian states. The biggest convoy to have ever left Australia up until that time, the fleet that left King George’s Sound consisted of 39 ships, carrying approximately 30,000 Australian and New Zealand troops, and some 8,000 horses.

The coin’s reverse features two ships in the convoy as they set sail from King George’s Sound in Albany, and a list of the 39 ships that sailed from Albany’s shores.

Each coin will be presented in a black and red themed display case featuring the words ‘PRIDE’, ‘RESPECT’, and ‘GRATITUDE’, within a themed shipper.