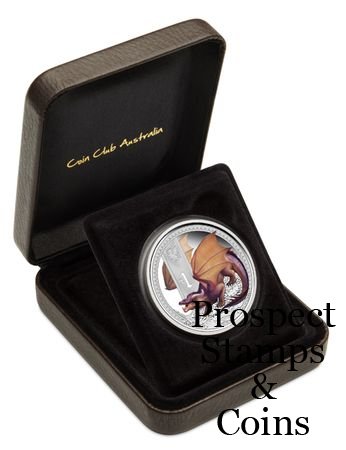 According to ancient mythology, the dragon resembles a great winged serpent with an armoured hide. Believed to be the most powerful creature on Earth, Asian civilisations tell of a legendary creature revered for its nobility, wisdom and spiritual significance, while European and Middle Eastern folklore portrays the dragon as a fearsome predator with prowess, magical powers and a lust for treasure.

The coin is presented in a presentation case and numbered certificate.

It also has a limited world mintage of only 5,000 1oz silver coins.