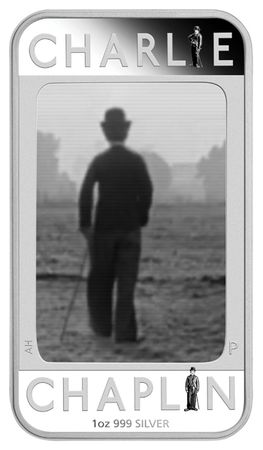 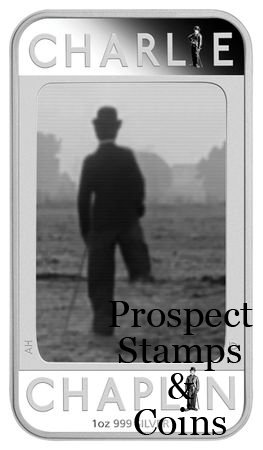 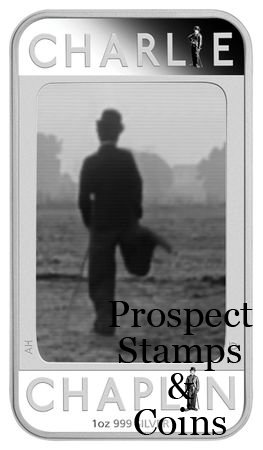 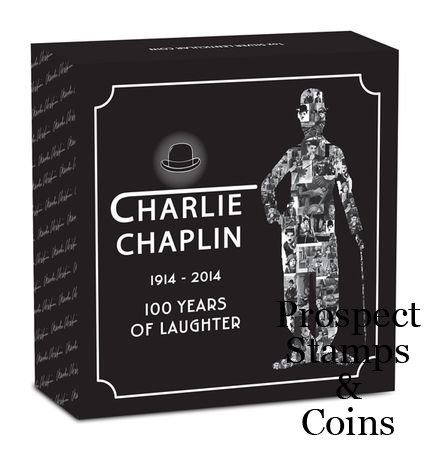 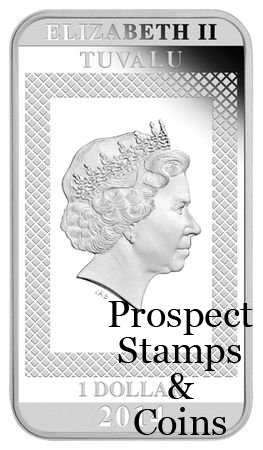 Celebrating 100 years since Charlie Chaplin’s first movie appearance and the debut of his onscreen character The Tramp.
Each coin honours the life of British actor and filmmaker, Sir Charles Spencer ‘Charlie’ Chaplin KBE. A master of mime and a comic genius, his stage persona The Tramp became a global phenomenon, providing decades of laughter to audiences all over the world.

Each coin is struck by The Perth Mint from 1oz of 99.9% pure silver in proof quality.

With the use of lenticular lenses, the reverse of the coin features a coloured image of The Tramp jauntily walking as depicted in the closing scenes of the 1928 silent movie, The Circus, bordered by the inscription CHARLIE CHAPLIN.  The images transform from one to the other as the coin is moved.

No more than 5,000 of these Charlie Chaplin – 100 Years of Laughter 2014 1oz Silver Proof Lenticular Coins will be issued

The Charlie Chaplin – 100 Years of Laughter 2014 Silver Coin will be released in a framed latex display case which displays both sides of the coin. The case is packaged within a beautifully illustrated shipper, and is accompanied by a numbered Certificate of Authenticity.