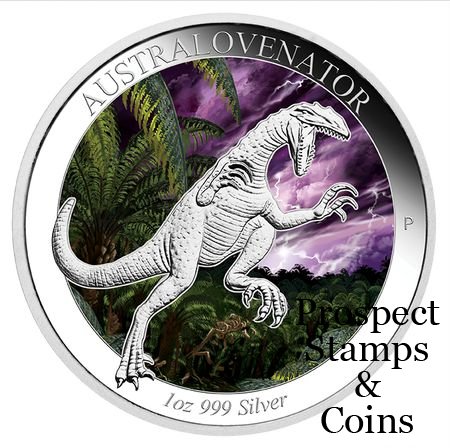 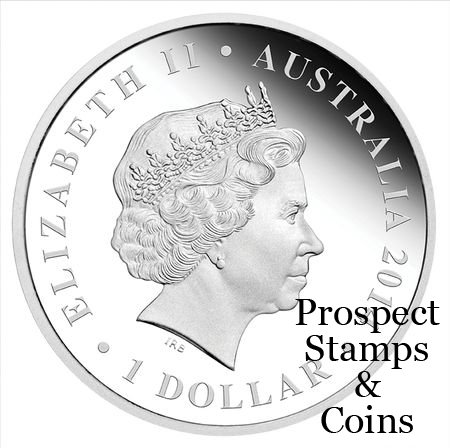 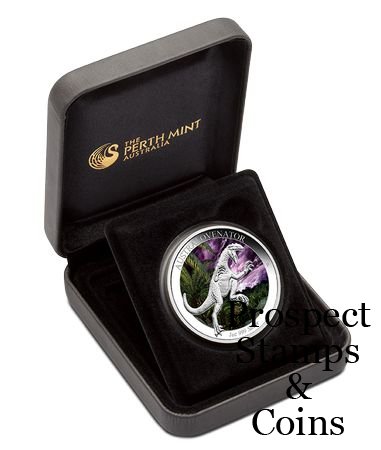 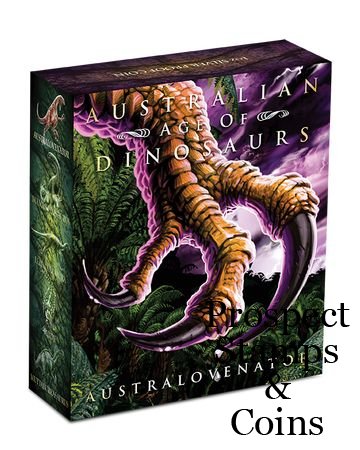 The Australovenator is the first coin is this exciting new five-coin series featuring Australian dinosaurs that existed in the Cretaceous Period between 112 and 102 million years ago.

It has been identified from comprehensive limb bones, ribs and lower jaw remains and was described by vertebrate palaeontologist Dr Scott Hocknull and colleagues, in 2009.

The fossils were discovered in what was once an ancient billabong near Winton, central Queensland by the Australian Age of Dinosaurs Museum, with museum staff nick-naming the dinosaur “Banjo”, after the famous Australian poet, Andrew Barton “Banjo” Paterson.

Banjo has been described as a medium-sized, very fast, carnivorous dinosaur. Unlike most theropod dinosaurs, this animal had massive arms and hands with two of its three hand claws being razor sharp weapons that would have been used to capture prey.
It is believed that Banjo would have been approximately two metres tall and five metres long from the snout to
the end of the tail.

The Perth Mint will release no more than 5,000 of the Australian Age of Dinosaurs – Australovenator 2014 1oz Silver Proof Coloured Coin.

The coin’s reverse depicts an Australovenator wintonensis set against a colourful, prehistoric scene.

This coin is housed in The Perth Mint’s grey presentation case with a nicely illustrated shipper, and is accompanied by a numbered Certificate of Authenticity.