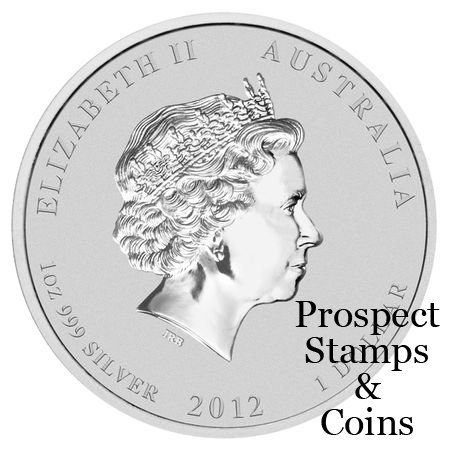 The 2012 Melbourne ANDA Coin Show Special features the spectacular Year of the Dragon 1oz Silver Coloured Coin. Portraying this year’s design from the Australian Lunar Silver Coin Series II, this coin celebrates the dragon, the fifth of the twelve animals associated with the ancient Chinese Lunar Calendar. The coin is pad printed in yellow, one of the nine colours featured on the Nine Dragon Wall in China.

No more than 5,000 of these yellow ANDA Coin Show Specials were released for the event, which took place at the Caulfield Racecourse, on 7th & 8th July 2012.