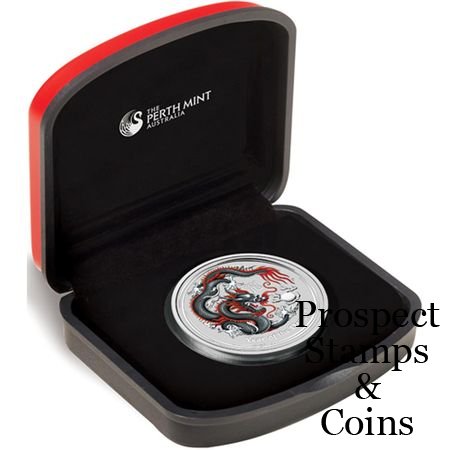 The reverse of the coin depicts a black dragon with red detailing and a representation of a ‘pearl of wisdom’. The colour black is regarded as highly spiritual and most fundamental of all colours; it also has deep significance and connection to the element of water.

Only 5,000 coins in special Coin Show packaging will be released.

The coin is housed in a display case and shipper identifying it as The Perth Mint’s official 2012 World’s Money Fair Berlin Coin Show Special. The coin is accompanied by a numbered Certificate of Authenticity.