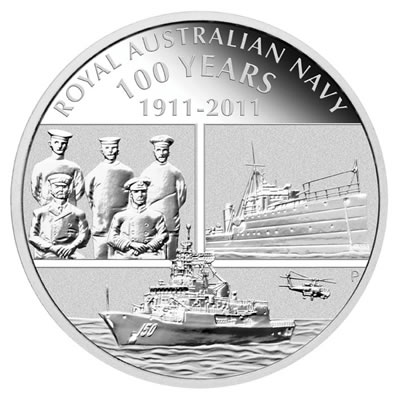 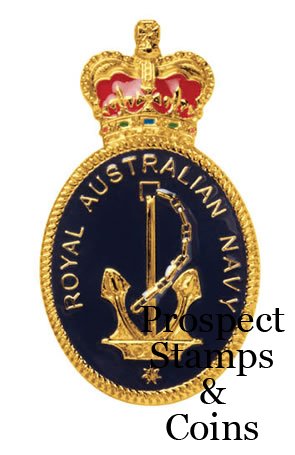 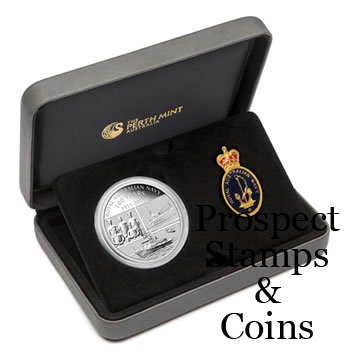 The coin is complemented by a replica gold-plated Navy badge.

The Perth Mint will release no more than 7,500 of these coins.

Each coin and badge set is housed in a specially designed display case and box shipper.

Each coin is accompanied by a numbered Certificate of Authenticity.

Official unveiling of the Commemorative Coin aboard HMAS Perth by Stephen Smith MP, Minister Of Defense.