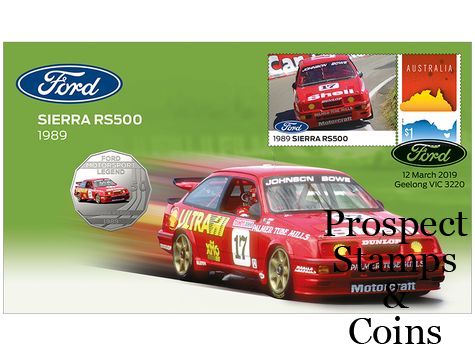 Dick Johnson’s red and gold Sierra, with its two-litre, turbocharged four-cylinder, fuel-injected engine, took Johnson to victory at the 1989 Australian Touring Car Championship and at Bathurst, proving he well and truly had a handle on the RS500’s impressive power. He even took his RS500 to Silverstone in the UK, winning that race by more than two seconds.