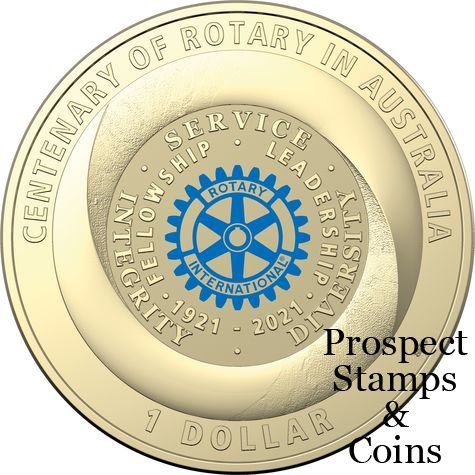 To celebrate the 100th anniversary of Rotary Clubs in Australia, the Royal Australian Mint has released this One Dollar Uncirculated commemorative coin.

Since 1921, Rotary’s footprint in Australia has expanded to over 1100 clubs nationally with more than 30,000 members. The first Australian charter was Melbourne based followed by Sydney. The Australian clubs are part of a broader movement of 1.2 million Rotarians in nearly 33,000 clubs around the world. Rotarians are dedicated to making the world a better place by promoting goodwill and peace, cultural understanding and community service.