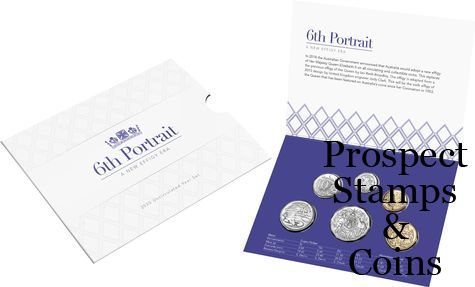 This 2020 six coin mint set is the introduction of the sixth and newest effigy of Her Majesty Queen Elizabeth II on all Australian coins produced by the Royal Australian Mint. The effigy is an adaptation of the design by United Kingdom coin engraver Jody Clark.

In 2018 the Australian Government announced that a new effigy of Her Majesty Queen Elizabeth II would be adopted on all Australian coins. The 2020 Uncirculated set heralds the formal integration of the new effigy on all coins produced by the Royal Australian Mint.

Coins are presented in a presentation card