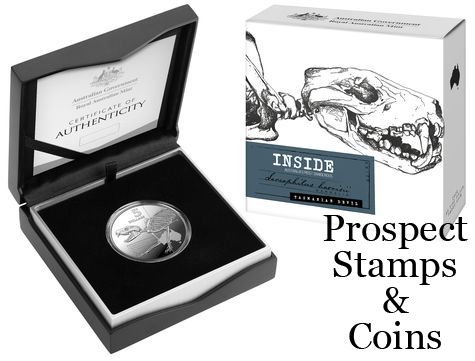 The worlds largest living marsupial carnivore, the Tasmanian Devil. This notorious animal used to be found throughout Australia, but they are now limited to only Tasmania. A stocky nocturnal animal, the Tasmanian devil can measure up to 30cm at the shoulder. They have black fur with a distinctive white patch on the chest.

Tasmanian Devils were named by European settlers who were unnerved by the loud guttural screams, coughs and growls that the creatures utter when they gather to eat their prey. devils have enormously strong jaws and will crunch up their prey, bones, fur and all.

Unfortunately, Tasmanian Devils are currently threatened by infectious facial cancer and are categorized as a threatened species.

The Western Taipan is also known as the Inland Taipan, small-scaled snake or Fierce Snake.

Feared due to having the most toxic venom of any terrestrial snake, Western Taipans are found in the channel country of south-western Queensland and adjacent areas of South Australia.

Western Taipans is a medium-sized to large snake, pale to dark brown with a glossy black head. Their colour changes seasonally, becoming darker in the colder months. the Western Taipans is considered a rare species and are presumed extinct in New South Wales and Victoria.

The Saltwater Crocodile, also known as the Estuarine Crocodile, is the largest of all living reptiles. Identified by their broad snouts, powerful jaws and heavily armoured bodies, they can be found throughout tropical regions of Asia and the Pacific. Saltwater Crocodiles are capable of travelling long distances and have been spotted at seas, far from land. They are large creatures with adult males around 4-5 metres in length.