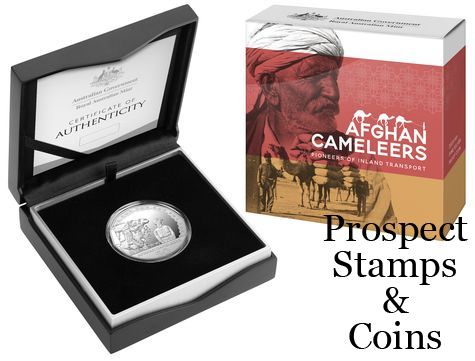 To commemorate their work, the Royal Australian Mint has released a special 50c silver proof coin.

In 1859, the Victorian expedition committee commissioned the import of 24 camels and three cameleers from India, to join the p[ioneering expedition of Burke and Wills. This was the start of a significant contribution made to Australia's inland development by many cameleers who came to Australia from India, Pakistan, Afghanistan, Turkey and elsewhere.

This coins comes with a numbered certificate and is limited to only 2500 coins being released.