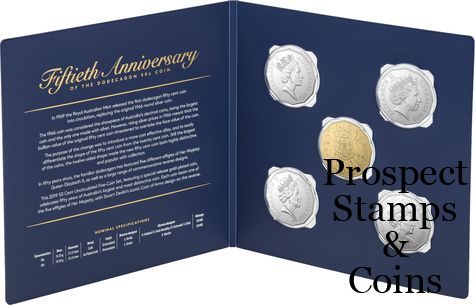 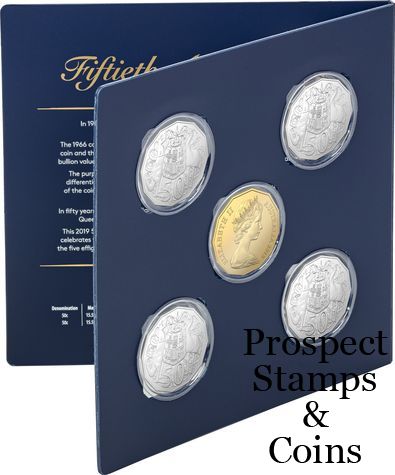 The 50th Anniversary of the Royal Australian Mint's introduction of the copper-nickel dodecagon fifty cent coin is celebrated in 2019 with this 50cent uncirculated coin set.

This set marks the golden anniversary with a special release gold plated coin and celebrates the five different effigies of HM QEII that have featured on the coins since 1969.

When decimal currency was introduced in 1966, the fifty cent was a showpiece of the new circulating coins. It alone contained silver, was round in shape and featured the Commonwealth Coat of Arms. However, silver prices started to rise above the face value of the coins and in1968 the Royal Australian Mint ceased production of the coins.

The new coins released in 1969, were twelve-sided or dodecagonal in shape and manufactured in copper-nickel alloy. The new shape differentiated the fifty cent coins more easily from the round twenty cent coins.