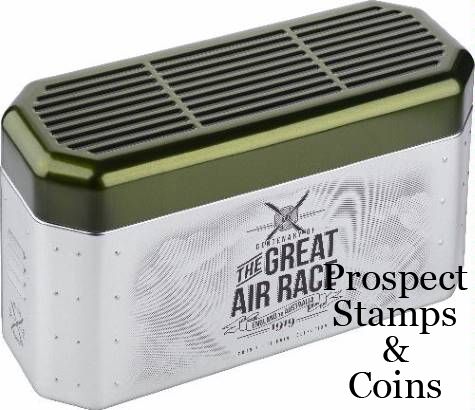 In 1919 the Australian Government announced a £10,000 prize for the first Australians to fly from England to Australia in less than 30 days, in a British Built Plane. the Competition promoted Australian aviation after the First World War.

Six Australian and One French crew took up the Challange, flying timber and fabrics planes. Critics protested that the race could become deadly. Tragically, two crews lost their lives. Two more crashed out of the race. Along the route, the brave crews faced dramatic dangers including volcanoes, storms, equipment failures and unfriendly locals.

the winning achievement by the Vickers Vimy team, led by Sir Ross Smith, was considered a remarkable achievement for the time and the greatest conquest over the air.

The Crews took to the skies in the world's most dramatic air race to date, racing to be the first to fly from England to Australia in 30 days.

The excitement, drama and tragedy of the Great Air Race is commemorated in this special stunning eight coin set, which is packaged in a collectable tin.