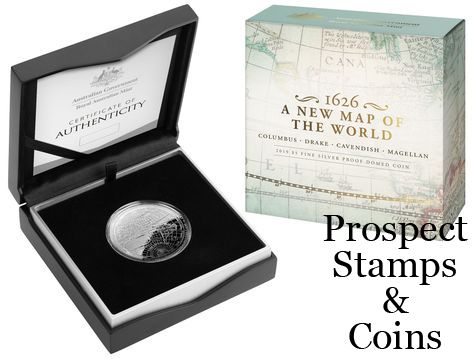 The stunning design of this coin is based on a 1626 map by the famous cartographer John Speed. It shows the Western Hemisphere as it was depicted on Speed's opulently-decorated map, produced during the great Age of Discovery.

A New and Accurate Map of the World was originally published in 1626 in an atlas called Prospect of the Most Famous Parts of the World. The highly decorated map was often removed from the Atlas to be displayed as a piece of art.

The Western Hemisphere of the map, which is featured on the exquisite domed silver coin, includes a mention of explorer Christopher Columbus and his 1492 discovery of America.
Interestingly, California is depicted as an Island; a concept that dated from the 1500's.