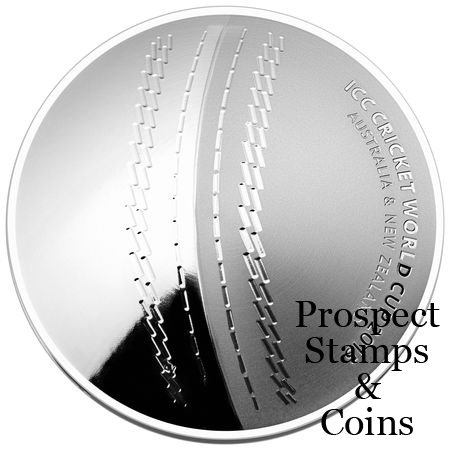 Since 1975, the ICC Cricket World Cup (CWC) has been the ultimate competition in One Day International Cricket. Every four years, cricket enthusiasts around the world watch the spectacular showdown as nations compete for cricketing glory.

Australia and New Zealand previously joined forces to host the CWC in 1992. These two nations will again have this honour in 2015, showcasing the best that cricket has to offer. There will be no shortage of passion, sportsmanship, determination, hope and national pride.

The proud spectators at each match will demonstrate that these feelings run wild off the field as well as on it.

Stunning silver proof dome-shaped option with a strictly limited mintage of only 5,000 coins

Numbered certificate of authenticity with the proof coin