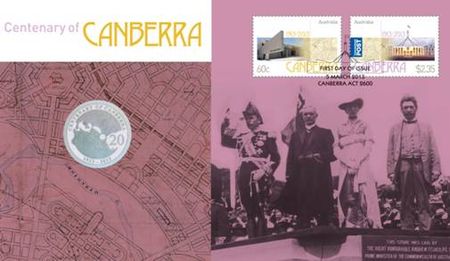 This PNC Stamp and Coin Cover includes the 2013 Centenary of Canberra 20c circulating coin as well as a 60c and $2.35 commemorative stamp.

Australia’s federal capital’s story began in 1913 with the announcement made by Lady Denman that the name of Australia’s capital city would be Canberra.

This PNC celebrates the 100th birthday of the nation’s capital