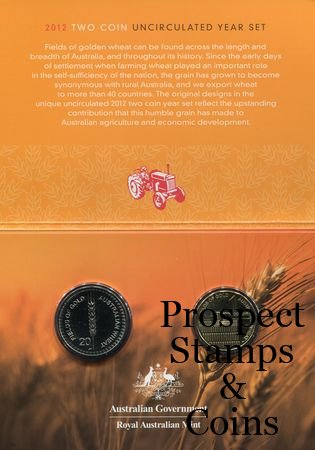 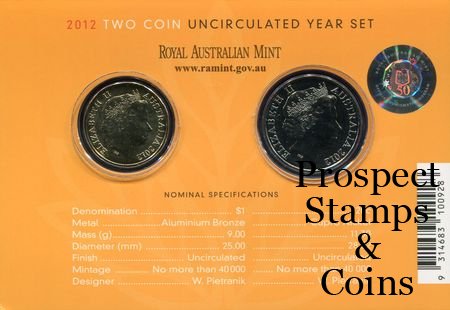 The Royal Australian Mint’s 2012 Two Coin Year Sets recognise the importance of Australian wheat to the development of our nation. The wheat theme continues the rural focus from 2011.
Wheat is the staple food of almost half of the world’s population and is one of the most important commodities produced by the Australian agriculture industry. Although Australia produces only 4% of the world’s wheat, the volume exported is about 15% of the world’s wheat trade.
The crop remains one of Australia’s major sources of export income. Wheat was introduced to Australia with European settlement in 1788. It’s development and expansion has been linked to innovations in plant breeding, engineering and farming research. It was the introduction of tractors, along with inventions like the ‘stump jump’ plough, that helped open up thousands of hectares of land in South Australia and Victoria.

The 20 cent coin depicts an image of the historic Wheatsheaf Penny design while the $1 coin features a harvester ploughing a ripe crop.