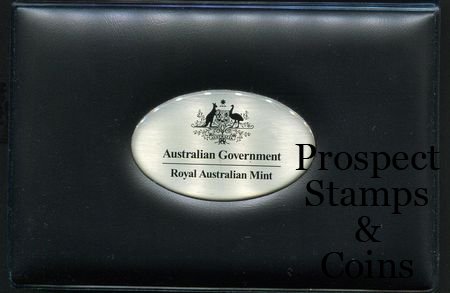 The Royal Australian Mints themed 2011 Two Coin Year Sets commemorate the Australian Wool Industry. Wool production in Australia is one of the countrys oldest, most successful industries. For more than a century after the first commercial export to England in 1811, Australian wool remained central to the growth of our burgeoning economy. The familiar phrase ˜Riding on the Sheeps Back" clearly summarises the social, economic and cultural significance of this industry to the development of modern Australia. The $1 coin features a shearer hard at work against a textured background whilst the 20c coin depicts a wheel illustrated with a series of images representing Australia's rich history of wool production.