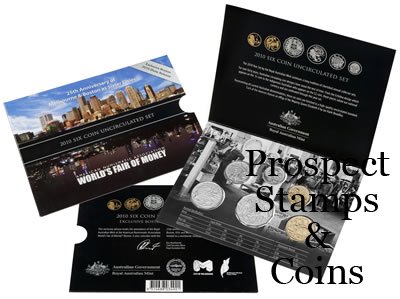 During the fair, the Royal Australian Mint released a special coin show product, which captivated the thousands of people who attended the show.

The 2010 mint set has a special outer sleeve which depicts Boston by night and Melbourne during the day. The release of this mint set also celebrates the 25th anniversary of Melbourne and Boston as sister cities.

The Mint set has a very limited mintage of only 2,500 released. We have secured a small amount.