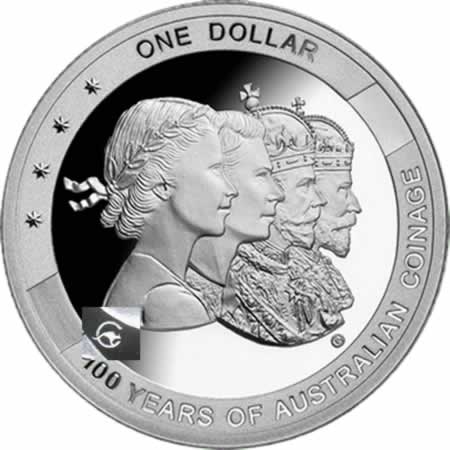 The Royal Australian Mint once attended the 2010 Canberra ANDA Coin show and released a silver proof dollar coin which has the 'C' master mintmark and is limited to 2,000 coins being released. The 2010 silver proof dollar coin design has the effigies of the following monarchs, from left to right: Queen Elizabeth II, King George VI, King George V and King Edward VII. The one dollar silver proof coin has the exclusive 'C' master mintmark which was released for the coin show. It is presented in a presentation case and comes with a numbered certificate.