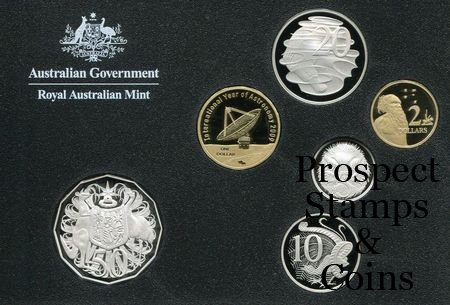 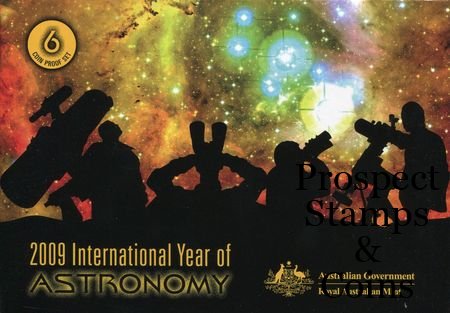 The 2009 International Year of Astronomy is a world wide event. It marks the 400th anniversary of Galileo. Galileo's first use of the telescope and is recognition of his revolutionary discoveries that began modern astronomy. 'The Universe, Yours to Discover' is the theme for the International Year of Astronomy in 2009. The six coin proof set has a commemorative One Dollar coin depicting the images of the famous radio telescope located in Parkes NSW