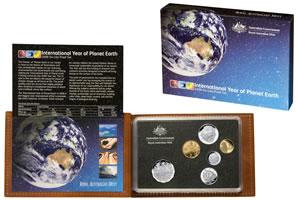 The six coin proof set has a commemorative One Dollar coin depicting the images of climate change on all forms of life, the change we affect on the earth