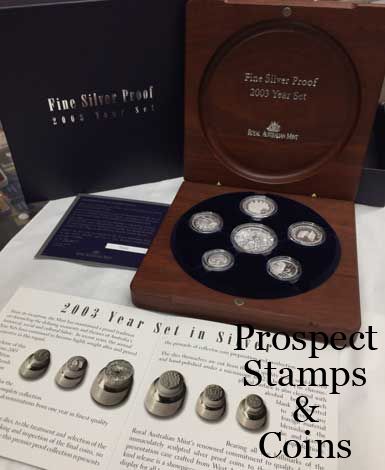 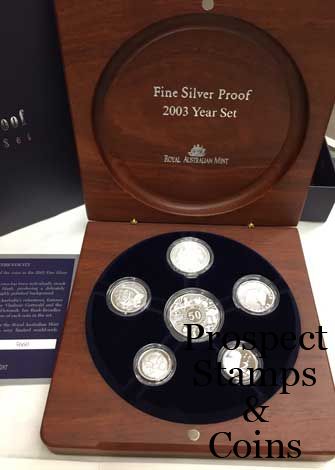 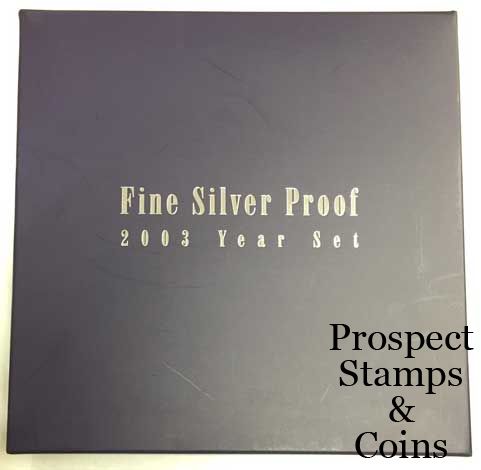 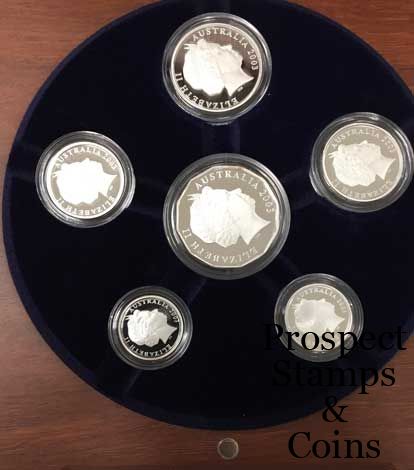 This year the Royal Australian Mint has released a proof set in fine silver containing the six 2003 dated coins.

This is the first time that the circulating decimal coins appear in a fine silver proof set.

The $1 coin will have a struck design and will not be pad printed. The coins are individually encapsulated and presented in a Western Australian jarrah case, with the lid of the case silver embossed with Australia's Coat of Arms.
The descriptive booklet features photographs of the dies and describes the precision and meticulous preparation to achieve the pinnacle of production.

There is also a separate numbered Certificate of Authenticity.

This magnificent looking set of coins has a worldwide mintage of only 6,500.