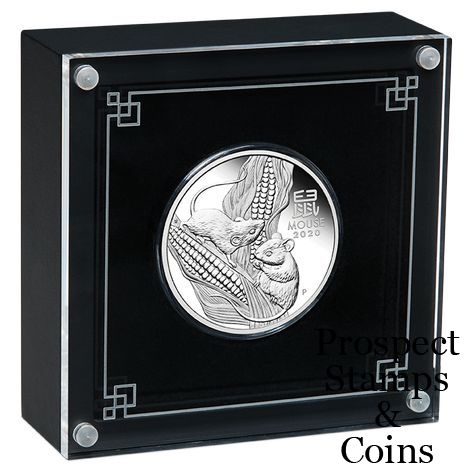 Struck from 99.99% pure silver in proof quality, no more than 5,000 1oz coins, will be released in this packaging.

Each coin’s reverse portrays two mice foraging on husks of corn. Also included in the design is the Chinese character for ‘mouse’,

The obverse of each coin depicts the Jody Clark effigy of Her Majesty Queen Elizabeth II,

Each individual coin is housed in a classic display case with a clear lid decorated with a silver geometric design.

The case is packaged in a beautifully illustrated shipper portraying the story of how the mouse became an animal of the zodiac and is accompanied by a numbered Certificate of Authenticity.