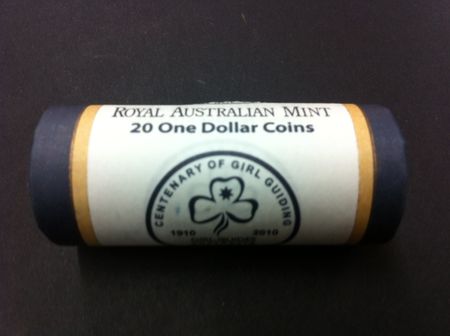 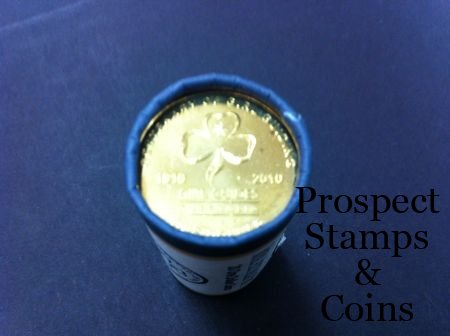 In 2010, the Royal Australian Mint will be rolling the commemorative $1 Centenary of Girl Guiding circulating coin. As announced by the Australian Government on the 30 August 2009, 2010 will be celebrated as the 'Year of the Girl Guide. Girl Guides Australia is a member of the World Association of Girl Guides and Girl Scouts. Founded in 1910, it now has over ten million members in 145 countries. For 100 years the Guiding movement has supported Australian girls to grow into confident and inspiring young women through non-formal education programs that provide a flexible and values-based training in life skills, decision-making and leadership. Each roll consists of 20 x $1 coins.