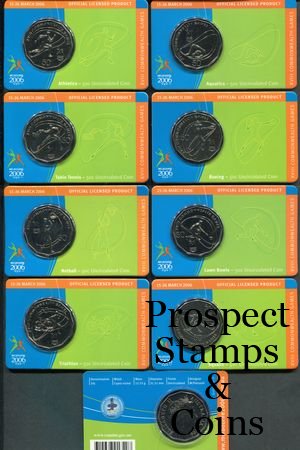 The coins incorporate the Melbourne 2006 Commonwealth Games logo and incorporate designs representing each of the following sports, this has 16 coins in holders but does not come with the album.

The coins are minted as uncirculated –these coins will not be circulated as currency.