2019 The Bold, The Bad and The Ugly 'C' Canberra One Dollar ($1) Uncirculated Australian Decimal Coin 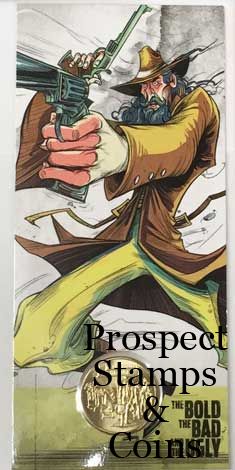 This single coin was minted at the press in the Royal Australian Mint shop.

This coin has the new 2019 Queen's Effigy Obverse stamped which is different to the 'C' mintmark in the four coin set.

Packaging supplied could be any one of the following: Ben Hall, Moondyne Joe, the Kenniff brothers, Captain Moonlite and 'Mad dog" Morgan. This is our choice depending on what we have in stock at the time of the order being placed.