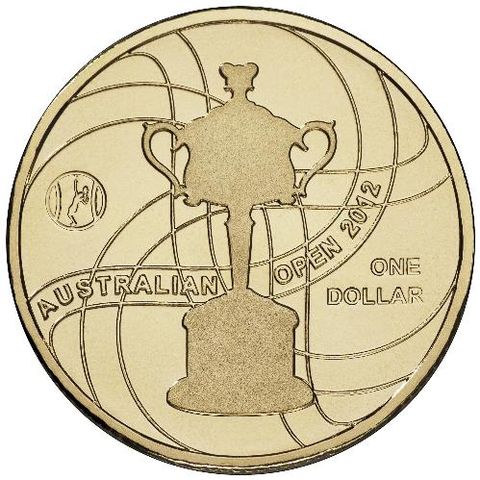 The four Grand Slam tournaments; Australian Open, French Open, Wimbledon and US Open, represent the zenith of world tennis competition. Wimbledon was the first of these tournaments and commenced in 1877, with the Australian Open, originally the Australasian Championships, starting in 1905. Since then, the Australian Open has been contested each year except during the two world wars and in 1986, when the tournament shifted from mid-December to mid-January. The winner of the 2012 Australian Open Men’s Singles Final will be the tournament’s 100th Australian Open Men’s Champion. The design on the $1 uncirculated coins will feature curved stripes that mirror the rubber strip on a tennis ball and also display either the Men’s or Women’s trophy respectively. The $1 uncirculated coins will be encased in a clear plastic blister, held in a triangular shaped coin holder