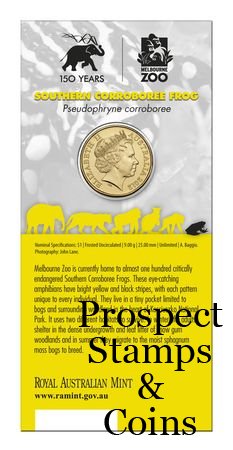 Following on from the success of the Land, Air and Ocean Series, the first two coins of the Animals of the Zoo Series will be released by the Royal Australian Mint.
The second two coins feature the Southern Corroboree Frog and the Sumatran Tiger respectively and are part of a six coin series.