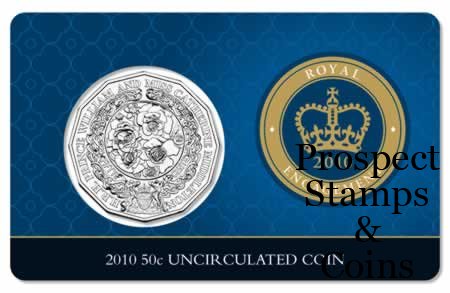 On the 16 November 2010, Prince Charles announced the engagement of his eldest son Prince William to Miss Catherine Middleton. This long awaited union is significant to all commonwealth nations, not only because the Prince is second in line to the British throne, but because the couple has been a favourite of the people since they first appeared in public.

The special 50c uncirculated coin is presented in a credit card style packaging.