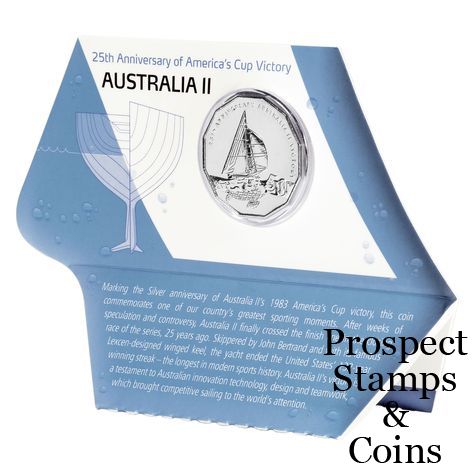 The Royal Australian Mint has released this special 50c uncirculated coin marking the 25th anniversary of Australia's II triumph over America's Liberty in the 1983 America's Cup.

The victory still is regarded as one of Australia's greatest sporting achievements.

The Yacht skippered by John Bertrand and with its famous Lexcen designed winged Keel, the Australia II victory ended the 132-year winning streak, which is the longest in modern sports history.

The coin is presented in a special display card which is shaped in the design of the keel.